What's MPB been up to since the last IBC?

With IBC 2018 just around the corner, the team at MediaPaedia Broadcast thought it would be good to look back on the last twelve months and dig into some of the different projects we have been involved in. It's been an exciting year and we look forward to more great projects over the next 12 months!

In early 2018, MPB started offering compliance editing, promo creation and transcoding to our clients. We now have an excellent full time editor, working with Adobe Premiere and After Effects, and are creating dozens of promos for our clients every month. We are also using our extensive experience of the UK's complex compliance regulations to re-cut content to bring it in line and also transcoding content into the correct formats for all the major playout centres. This service is available either ad hoc or on a contract basis.

In late 2017, Chris Parsons started consulting on a major change control project for a national broadcaster in Greece, through long time collaborators 'Expert Media Partners'. The channel had recently been acquired, from an owner operator, by a substantial investor in the Greek market who has plans to make it one of the largest broadcasters in the region. The channel had antiquated technology and systems and needed a complete rehaul of almost every aspect - from programming to the broadcast chain. Over the course of six months Chris, alongside a team of consultants, restructured the technical operations, put new workflows and technology in place and helped completely revitalise the channel. At the end of the project, in March, the channel was running more smoothly, effectively and, most importantly, was making substantially more money than when we arrived!

As a recognised Phoenix 7 training partner Aaron was also involved in the Greek project. Zeus, Phoenix 7's scheduling software, was one of the tools that was deployed at the Greek channel, to help them run the day-to-day scheduling and integration of advertising and to replace the completely manual method they were using. Implementing any new software system into a business is always tricky and not all markets work the same, so there were a lot of complex issues around the implementation and training on the new system, not least the language barrier! Aaron managed the process over 4 or 5 trips to Athens and the channel has now been running using Zeus every day for over 6 months!

In July 2018, MPB took over the management of the social media interaction of one of its channels, Talking Pictures TV. With more than 2 million viewers a week (peaking at 2.3m in August), TPTV has a huge number of passionate and vocal viewers, who love to communicate with the channel. MPB is now managing much of this interaction in house, freeing up the channel owners to concentrate on running the business and sourcing more content to keep those viewers happy! We are looking to expand this service out to some of our other channels later in the year and will start offering this as a managed service for third parties in 2019.

MPB project managed the implementation of subtitling on one of our channels earlier this year, with roughly a quarter of the content on the channel now subtitled. The feedback has been great and you can read more in one of our earlier blog posts.

With the addition of the above services to our portfolio of products, MPB has needed to grow its in house team of staff, with the recruitment of an editor and two new members so far this year. A warm MPB welcome to Ashley Saunders, our new editor, and Abbey Kumar, who has joined the scheduling team. We look forward to working with you and expanding more in 2019.

We are also currently working on two big new launches, which remain top secret, so watch this space for more news!

Aaron Chamberlain and Chris Parsons will both be at IBC 2018 from Friday to Monday. Please get in touch to arrange a meeting: chris.parsons@mediapaediabroadcast.com 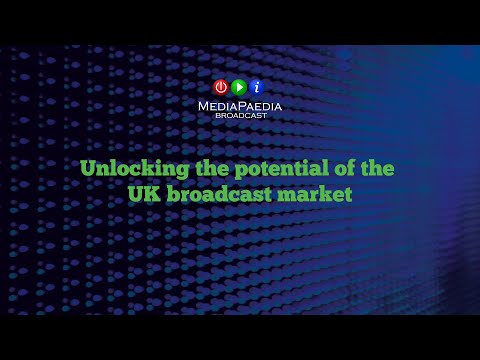 Webinar: Unlocking the potential of the UK broadcast market

Five Predictions for the TV Industry in 2021